It is thought that Lesbury was established around 1300 years ago. The name derives from Old English Laeces Byrig or Burgh – the fortified place or dwelling of the leech or physician. The original Norman church which consisted of a nave and chancel with a tower added later was thought to have been put up in the early 12th century.

A dowsing survey suggests an Anglo-Saxon church had existed under the present nave.

There are no records relating to the church before 1147 when Eustace FitzJohn de Vesci (created Baron of Alnwick in 1130) gave the first abbot of Alnwick abbey the church of Lesbury with the chapels of Alnwick, Longhoughton and Alnmouth. Up until the 14th century Lesbury was the principal township in the district and its church regarded as the mother church to the other chapels.

There have been many alterations and repairs to the church over the centuries which even Sir Nikolaus Pevsner found it difficult to interpret.

In 1840 Archdeacon Singleton reported ‘the steeple if not unsafe, at all events is in an unsatisfactory state resulting in injudicious repairs after some neglect.’ In 1846 under the direction of the architect Anthony Salvin the south wall and a portion of the north wall were rebuilt and the roof and tower were repaired at the expense of the Duke of Northumberland and Earl Grey.

As you enter the church perhaps the most noticeable feature is the large octagonal font dating from the 15th century. Local parishioners are thought to have buried it in 1840 to avoid destruction by Puritan forces. Around the rim are the symbols of the Percy family. William Darling nephew of Grace Darling was baptised in this font after his birth at Lesbury in August 1841.

The west window behind the font is a memorial to Rev George Bray who was vicar, organist and choirmaster from 1908 to 1934. It portrays St Nicholas and a Christmas tree with a small pipe organ at the top.

An explanation of the 3 memorial windows in the south wall to those killed in the WW1 may be found in a framed document by the windows and below the crocheted poppy wreath made in 2014 to mark the 100th anniversary of the beginning of WW1.

The east window behind the altar dates from the middle of the 14th century. It was believed to have been damaged by explosion. No record of the design of the window was kept, therefore apart from the central figure the other panels are abstract. In the absence of a record of how it had looked apart from the central area figure of Christ, the design of the replacement window was purely abstract.

The church is not well endowed in material possessions but it is interesting to note that a large silver chalice was stolen some years ago and later found in two pieces in a Leeds canal.  It was subsequently repaired and is in use again today.

Records of births, marriages and deaths go back to 1689.  There are graves inside as well as outside the church – see stones in the floors of aisles and by the organ. The memorial inscriptions of the gravestones in the old graveyard have been recorded in a book which is available for consultation.

St.Mary’s is very much a part of the local community and when the village shop closed for a time at very short notice, the Church Meeting Room was made available for the sale and distribution of newspapers until the shop premises could be refurbished. 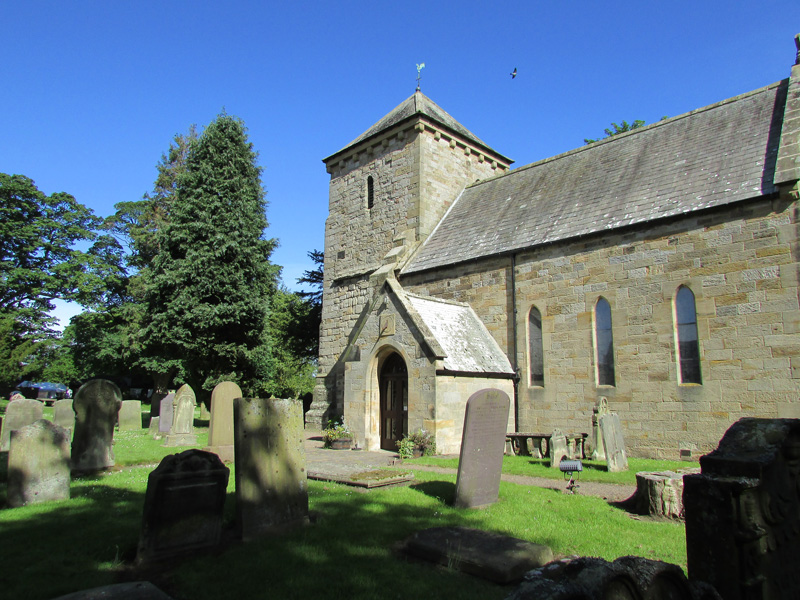 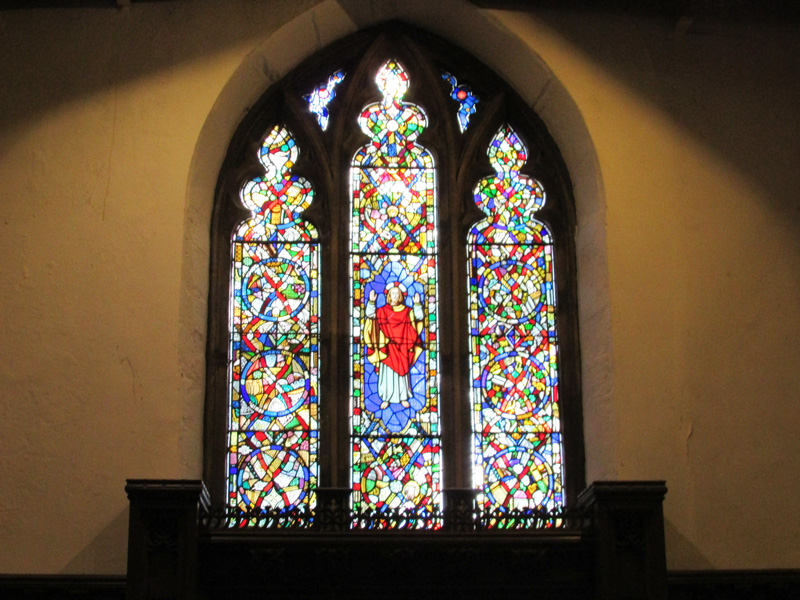 The Village of Lesbury

There is a pub & restaurant, The Coach Inn, and a Shop/Post Office in the village which is very important to the residents as the village is 4 miles from the main town amenities. The busy Alnmouth for Alnwick mainline railway station and a coal yard are located on the outskirts of the village and Bus services to Newcastle and Berwick also passes through the village.

There is a Village Hall which is used every day for various activities including art classes, Toddlers' groups, W.I., Autumn Club, children's parties and even wedding receptions.

Hipsburn First School stands in the Parish and takes children from three adjoining villages as well as Lesbury.

Suspension of Presentation in our Parishes

A statement from the Churchwardens concerning this period of vacancy, when there is no vicar in post.

Plenty of Summer Fun on the Church green from 2-4pm

To see what is going on and upcoming events, download our weekly bulletin here.

Thought of the Week

If we understand suffering to be whenever we are not in control, then we see why some form of suffering is absolutely necessary to teach us how to live beyond the illusion of control and to give that control back to God and the flow of reality.