St Michael and all Angels, Howick

St Michael and all Angels Church is often mistaken as the estate chapel, but it is the Parish Church of Howick. It is home to a small faithful congregation of villagers, and welcomes thousands of visitors each year, who enjoy its peace and tranquillity.

A chapel was erected on the site of the mediaeval church in 1764 to serve the needs of Howick Hall which surrounds the church and graveyard. Built in the classical style this Chapel consisted of a simple four-bay rectangular building with round headed windows flanked externally by pilasters. In 1849 the church was converted to Romanesque style by F. J. Francis. This resulted in the insertion of Neo-Norman carved stone detail into the existing window surrounds, extending the church eastwards by one bay and by the addition of a chancel and Vestry. In addition, the Church was re-roofed and fronted with an elaborate West gable elevation surmounted with a Bell-cote.

The Walls are of honey coloured sandstone externally and plastered internally. The timber roof structures are open to the church and covered with green Westmorland slates.

The church now benefits from a new heating system installed during 2012. 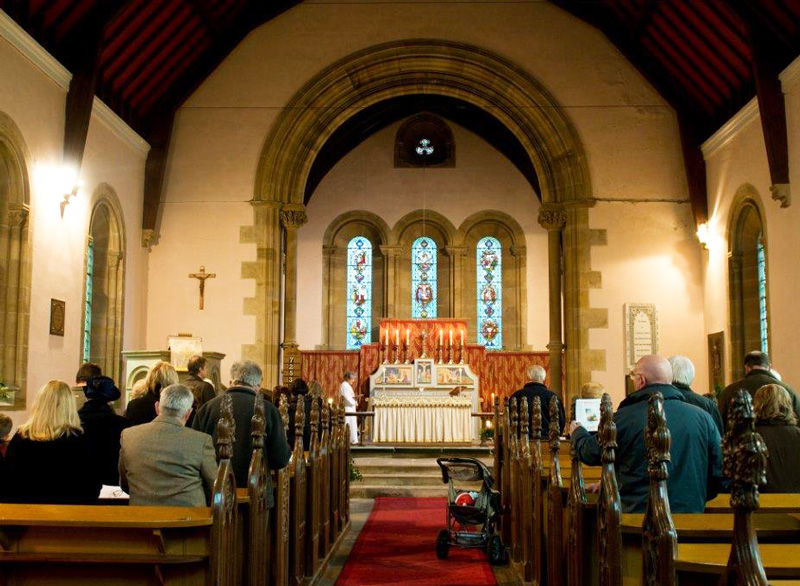 The gardens at Howick are were established between 1920 and 2001 by Charles, 5th Earl Grey, his wife Mabel, and later developed by Lady Mary Howick. They are an example of informal and natural gardening of the late 19th Century in contrast to earlier and more formal Victorian ideas.

The Estate also boasts is one of the biggest privately owned Arboretums in the world.

Howick is a small rural parish on the east coast of Northumberland, consisting of two small hamlets in surrounding farmland.

The main industry is agriculture, including farming and woodland management, with ancillary activities. In the last 15 years there has been considerable growth locally in tourism, both with bed and breakfast and holiday lets, and at Howick Hall Gardens as a result of the development of the Alnwick Garden.

Very much a success story in our parishes over the past few years, we would like to restart if sufficient volunteers can be found.

Plenty of Summer Fun on the Church green from 2-4pm